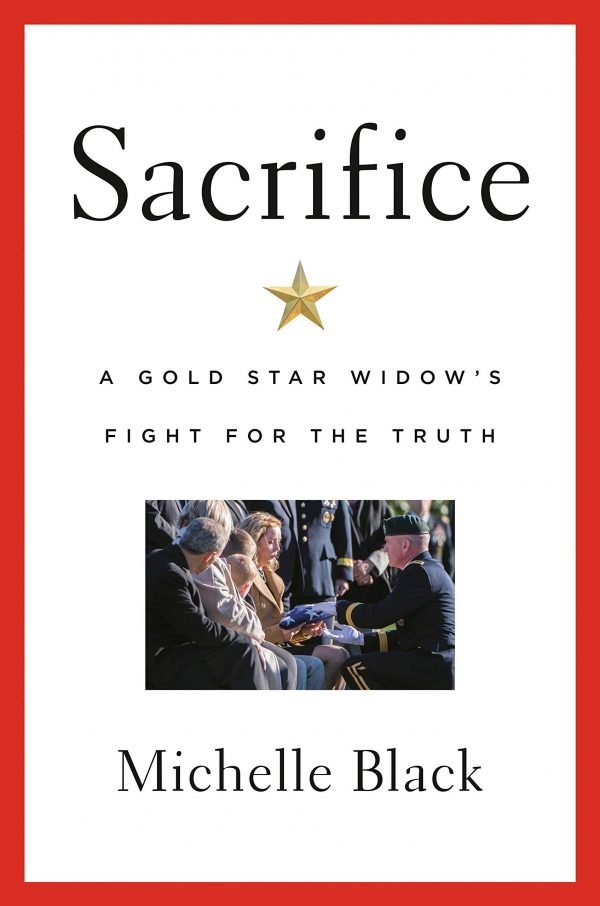 Sacrifice: A Gold Star Widow’s Fight for the Truth

The shocking and affecting memoir from a gold-star widow searching for the truth behind her Green Beret husband’s death, this book bears witness to the true sacrifices made by military families.

When Green Beret Bryan Black was killed in an ambush in Niger in 2017, his wife Michelle saw her worst nightmare become a reality. She was left alone with her grief and with two young sons to raise. But what followed Bryan’s death was an even more difficult journey for the young widow. After receiving very few details about the attack that took her husband’s life, it was up to Michelle to find answers. It became her mission to learn the truth about that day in Niger–and Sacrifice is the result of that mission.

In this heartbreaking and revelatory memoir, Michelle uses exclusive interviews with the survivors of her husband’s unit, research into the military leadership and accountability, and her own unique vantage point as a gold-star widow to tell a previously unknown story. Sacrifice is both an honest, emotional look inside a military marriage and a searing investigation of the people and decisions at the heart of the US military.

“Don Hying, a Wisconsin Vietnam era veteran, is the Uncle to Sgt 1st class Brent Bartels who is a “Main” character in the book “Sacrifice”. Green Beret activities in Niger and Mali Africa in 2012. Exciting and real. A must read. Positively Military History.” – Donald A. Millar

War Animals: The Unsung Heroes of World War II Millions rallied to the cause of freedom against Nazism and the menace of Imperial Japan. But did you know that some of those heroes had fur, or feathers? War animals guarded…
END_OF_DOCUMENT_TOKEN_TO_BE_REPLACED

The Attack on Pearl Harbor: A Day That Changed America On December 7, 1941, Japan’s surprise attack on the U.S. naval base in Pearl Harbor, Hawaii, propelled the United States into World War II. Now readers can step back in…
END_OF_DOCUMENT_TOKEN_TO_BE_REPLACED

Craig & Fred: A Marine, A Stray Dog, and How They Rescued Each Other The uplifting and unforgettable true story of a US Marine, the stray dog he met on an Afghan battlefield, and how they saved each other and…
END_OF_DOCUMENT_TOKEN_TO_BE_REPLACED