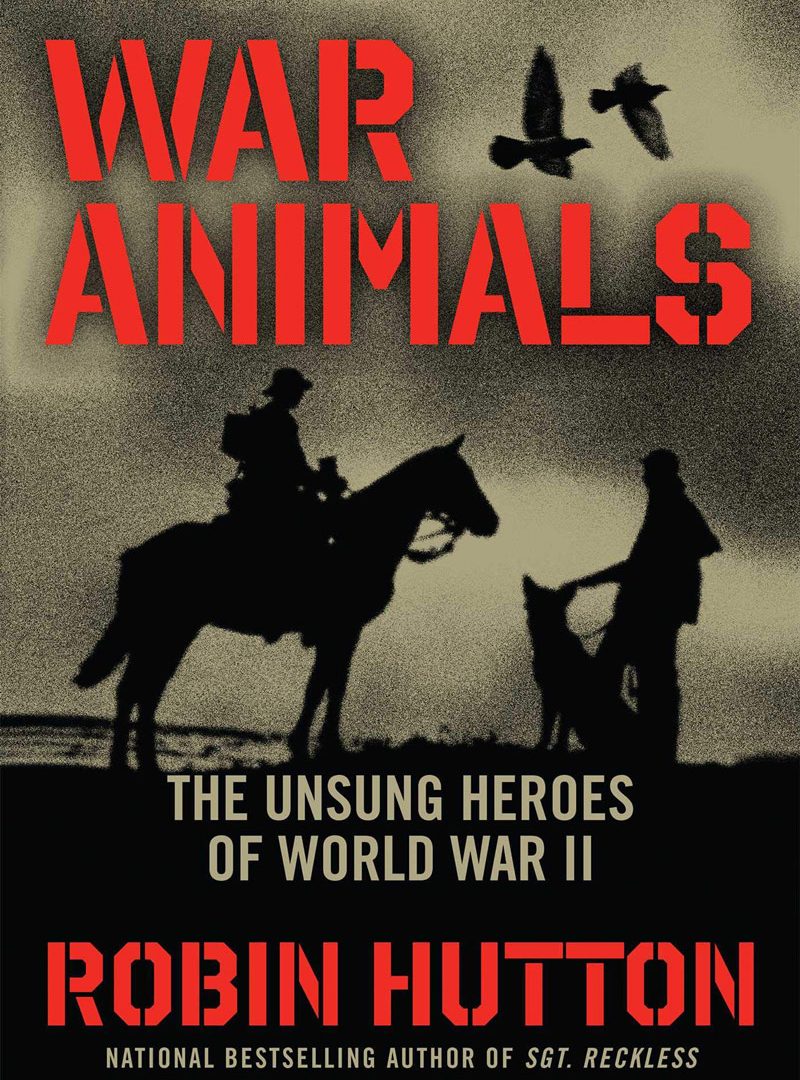 Millions rallied to the cause of freedom against Nazism and the menace of Imperial Japan. But did you know that some of those heroes had fur, or feathers? War animals guarded American coasts against submarine attack, dug out Londoners trapped in bomb wreckage, and carried vital messages under heavy fire on Pacific islands. They kept up morale, rushed machine gun nests, and even sacrificed themselves picking up live grenades.

Now Robin Hutton, the bestselling author of Sgt. Reckless: America’s War Horse, tells the heart-warming stories of the dogs, horses, mules, pigeons—and even one cat—who did their bit for the war effort. American and British families volunteered beloved family pets and farm dogs to aid in the war effort; Americans, including President Roosevelt, bought honorary commissions in the reserves for lapdogs and other pets not suitable for military duties to “exempt” them from war service and raise money to defeat Hitler and Tojo. Many of these gallant animals are recipients of the prestigious PDSA Dickin Medal, the “Animals’ Victoria Cross.”

The shining loyalty and courage of these heroes is a testimony to the enduring bond between us and the animals we love.

War Animals: The Unsung Heroes of World War II Millions rallied to the cause of freedom against Nazism and the menace of Imperial Japan. But did you know that some of those heroes had fur, or feathers? War animals guarded…

The Attack on Pearl Harbor: A Day That Changed America On December 7, 1941, Japan’s surprise attack on the U.S. naval base in Pearl Harbor, Hawaii, propelled the United States into World War II. Now readers can step back in…
END_OF_DOCUMENT_TOKEN_TO_BE_REPLACED

Craig & Fred: A Marine, A Stray Dog, and How They Rescued Each Other The uplifting and unforgettable true story of a US Marine, the stray dog he met on an Afghan battlefield, and how they saved each other and…
END_OF_DOCUMENT_TOKEN_TO_BE_REPLACED